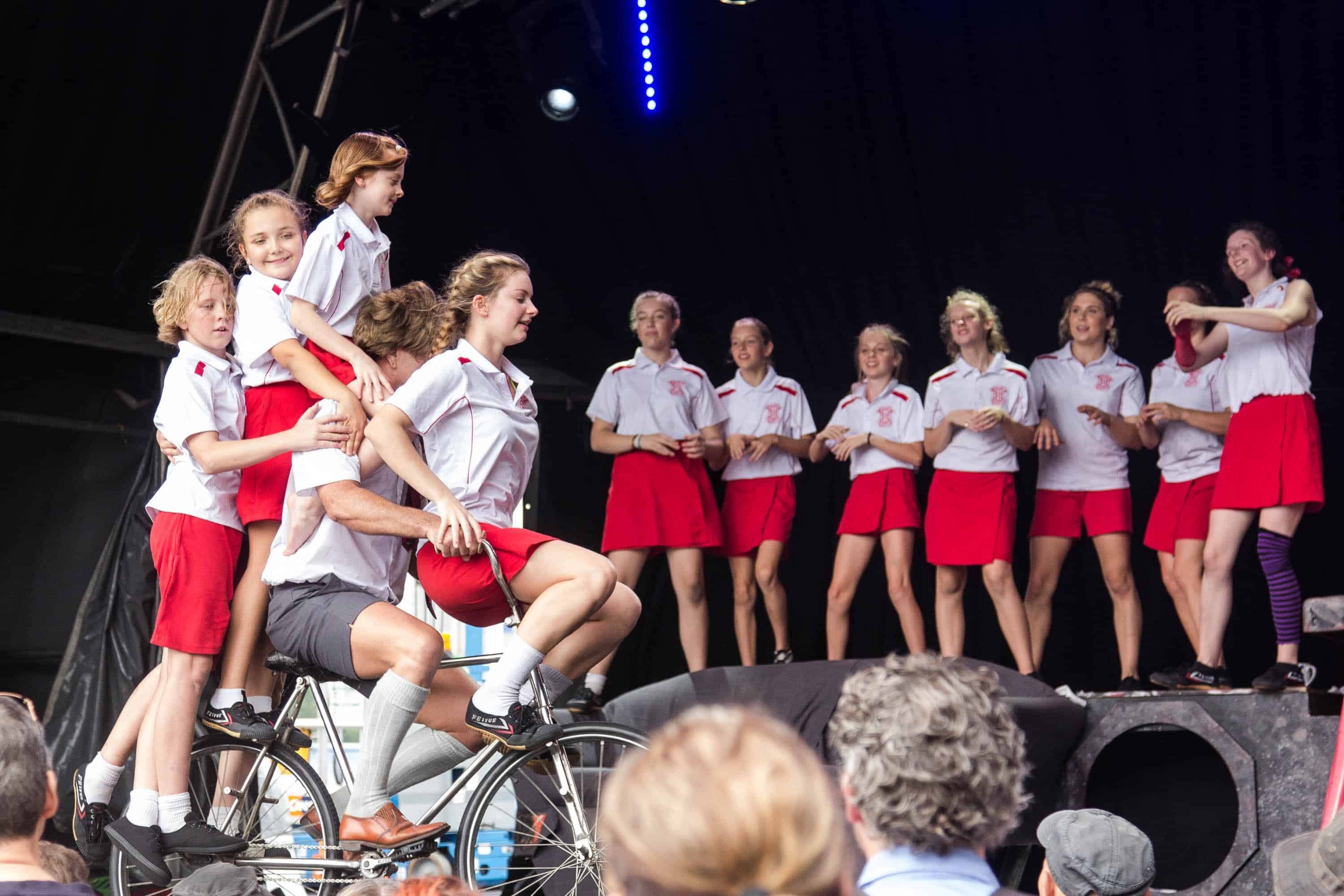 Originally commissioned by Commonwealth Games’ Festival 2018 Revolve is back touring in 2019
Revolve brings together 12 of Queensland’s youngest circus stars with experienced artists and a live DJ to create a show that is bursting at the seams with energy and fun.

Originally commissioned by the Commonwealth Games’ Festival 2018 and premiered at the Cultural Forecourt, South Bank, Brisbane.

Revolve is a circus performance designed for large venues, and outdoor stages. It draws on the energy of the audience, the performers, and music to loop, play, and create a circus inspired celebration of life and the future.

Revolve brings together 14 of Queensland’s youngest circus stars, experienced artists, and a live DJ to create a show that is bursting at the seams with energy and fun. Highly rehearsed elements are combined with moments of improvisation as the performers play with rhythms of movement and music.

Revolve is all about children and young people taking charge. It is an optimistic celebration of what can happen when the rule book is thrown out. The show combines circles, loops, and wheels – lots and lots of wheels. Group bike, roller skates, unicycles, even a tractor tyre are jammed onto the stage to create a whirling cacophony of wheeling wonder. All with an awesome soundtrack by live DJ Kitty Gattling, Revolve is a good dose of fun with some serious circus skill.

“… the energy is relentless… the design impressive… Flipside have played to their strengths with endless creativity and ambition. Wasteland features not just stars of tomorrow but stars of today.” – Scenestr.

“The audience spent the night holding their breath, in complete awe of the talent of these young performers,” – The Creative Issue.